Was moving overseas to study what you expected?

Moving overseas as a student can be a very daunting experience. It takes a lot of courage to prepare and uproot yourself to start anew in a completely foreign country. When I decided to further my education in Australia, I had a lot of expectations for myself and the city of Melbourne. How will I adapt to Western culture? What kind of people will I meet in classes? Where are the best parts of the city to be at? When will it finally feel like home?

As I constantly asked myself these questions for the past 2 years, I haven’t found the answers to all of them yet, but I have had my expectations met, surpassed and underwhelmed. Now as I’m in my third year of university, I can safely say that the international student life is completely unpredictable. 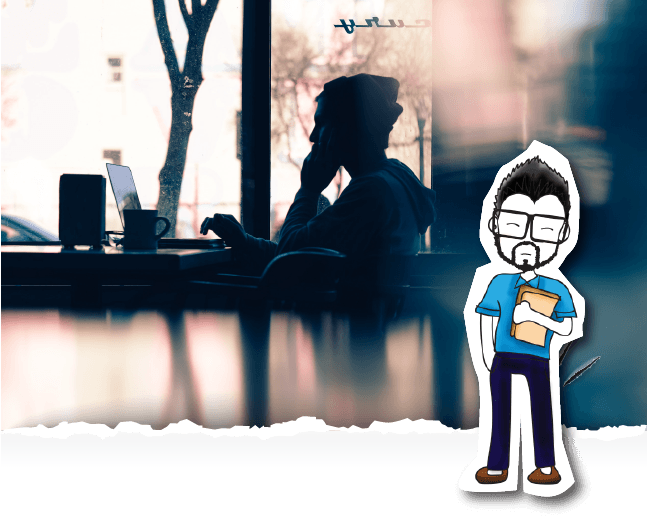 Loneliness was the first major obstacle to prepare for. It was natural for me to feel that way and I did my best to prepare for it by surrounding myself with like-minded acquaintances, still, the sinking feeling of isolation creeped up every night. I would miss my family and call them daily, but it only served as a temporary solution. The feeling of abandonment was never really erased once I left the comfort of my home, although after a couple of months, I was able to take my despondency and turn it into solitude. The many nights that I would spend alone were instead time for me to reflect on my life, to ruminate about my past decisions and ponder on my future choices. The silence often gave way to the quiet time that I needed as a stressed-out university student. It gave me a chance to be mentally independent.

Another factor that I looked out for were my attempts to adapt to Australia’s local culture. As a naturally cautious person, I did a lot of read ups on the Melbourne lifestyle and its favourite past times. The parties. The pubs. The drinks. The smashed avocados. I was prepared to enter the lives of the people I would see in the movies, and it turned out to be true. I experienced nearly everything that I had looked out for and the carefree attitude that loomed over the city was infectious. It was a culture that I expected and surprisingly adapted well to.

However, there was a hidden side of Melbourne culture that was never touched on in any article, and that was the plethora of nationalities that are present within the city along with how much influence their own cultures had over the local Melbourne population. I could walk down any street and encounter 5 Asian restaurants before I reach a local or Western one, plus the Western shop might not even be Australian. The city was a live example of globalisation’s effect on the world and witnessing that first hand truly reminded me of how big the world is. Along with the majority Asian population within the city itself, it was environment that felt familiar and foreign at the same time, which was pleasantly surprising. 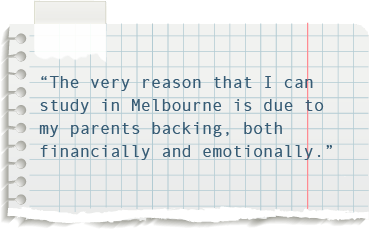 Finally, the most unexpected thought that would arise in my mind the most would be the guilt that I often felt after the end of a day out with my friends. The very reason that I can study in Melbourne is due to my parents backing, both financially and emotionally. Despite my initial clinging on to them in my first year, I’ve learned to let go and enjoy myself, making absolute use of my overseas stay to experience everything Melbourne could offer. Still, there is always this lingering sense of dread as I recount the events that happened throughout the day. This was not the purpose of them sending me here. First and foremost, I am a student and not a tourist – something I have to remind myself every other week in case I get too carried away, that other than my own expectations, I still have my own parents’ expectations to live up to.

Ultimately, we as international students can have all sorts of expectations for the countries we plan to go to. In many cases, such expectation could be wildly exceeded or severely underwhelming, but in the end what really matters is how we react to these cases, and how we temper our future expectations based on it.